Not a conference report: some notes on ComFor 2012 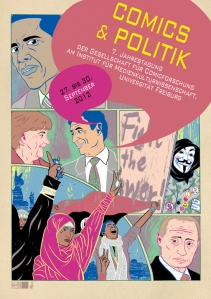 These are just some things that I looked up after the annual conference of the German Society for Comics Studies had ended last Sunday: